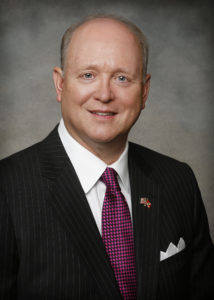 By now, you’re probably aware that we have a completely new legislature coming into Richmond for the 2020 General Assembly session. During the recent elections, Democrats claimed majorities in both the House of Delegates and Senate. Add in the Governor, and this is the first time since 1993 that the Democrats have controlled both the legislative and executive branches.

This was the exact political landscape in Virginia when I first started working here in 1988.

Over the years, we’ve supported pro-dealer, pro-business legislators on both sides of the aisle. In fact, during the past campaign season, our Political Action Committee invested almost to the dollar equally in Republican and Democratic candidates.

Our commitment to working with all legislators doesn’t change one bit in the coming year. Our focus will adapt, however, as we’ll want to help those new to office understand your business and the value of the franchise system. We’re going to kick off the General Assembly season with more education and outreach efforts.

A closer look at the new General Assembly
When you dig deeper into the results, you’ll see that we’ve lost six members from the House Transportation Committee, including both the chairperson and vice chairperson.

In the Senate, we knew that a new chair would be needed in the Transportation Committee. The former chair, Bill Carrico, decided to retire after the 2019 session, and we’re honored to have him on the VADA team as the field representative for our Southwest Virginia Region.

This transition of leadership means we’ll be watching for committee appointments. We’ll use that opportunity to reestablish relationships and – right from the start – help our new legislators understand other key relationships, such as those between franchisees and manufacturers, and franchisees and consumers.

With the support of the dealer body, we’ll forge relationships quickly. We'll be calling upon you to help facilitate those relationships and to develop your own relationships with these newly elected officials. An important way that we’ll do that is with our annual Assault the Hill, which will truly be a “meet-and-greet” event on Thursday, Jan. 23.

And as the legislative platform for each house and the governor evolves, we’ll be looking for opportunities to advocate for issues that are most important to our members and their businesses. We’ll keep you informed and updated every step of the way. It’s going to be an exciting time.

Also in this issue