The Legislature experienced “Crossover Day” last week on Wednesday, February 16. This is the deadline for each Chamber to complete work on their own bills before the bills crossover to the other Chamber. Today, we are at day 39 of 60.

Virginia operates under a two-year (biennial) budget cycle. Each year the Governor prepares the proposed budget bill for introduction by the General Assembly. Amendments can then be made to the budget bill which can add, modify, endorse, or delete items in the Governor’s proposed budget. Last night, the General Assembly shared their version of what the budget should look like. 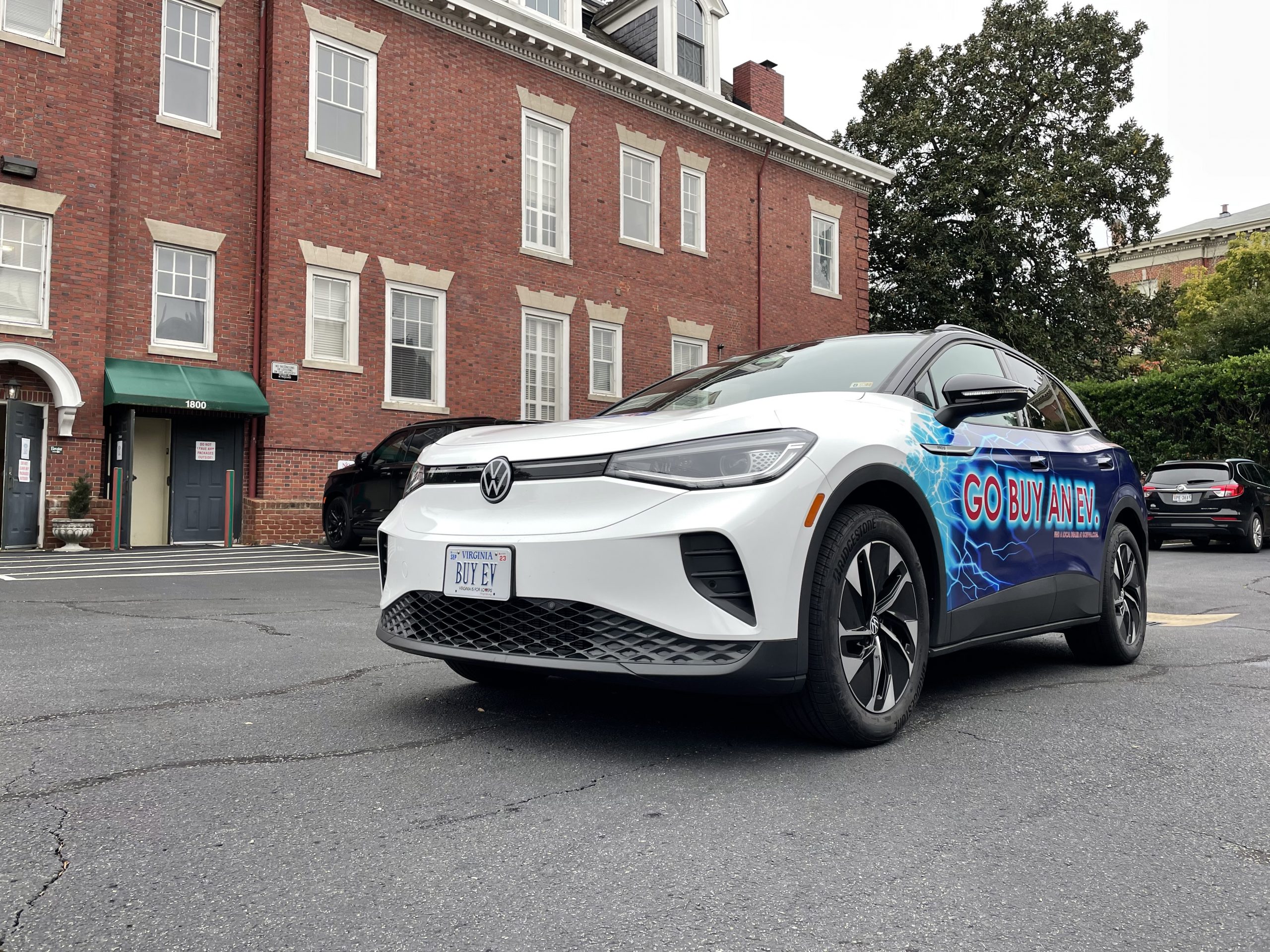 Lobbyists will be eager to view on Tuesday what are called “half sheets,” which indicate amendments to the Governor’s proposed budget. This all comes on the heels of Governor Glenn Youngkin’s announcement on Friday that the revised revenue forecast estimates that Virginia will collect $1.25 billion more in the current fiscal year, on top of the additional $3.3 billion added to the original forecast in December. The budget agreement is expected to be complete before the March 12th deadline to adjourn.

The biggest legislative news of the week from Gov. Youngkin’s administration was the signing of SB 739 (Dunnavant), which included a provision that allows for parental choice on their child wearing a mask in school. The bill passed the Democratic-led Senate 21-17 and the Republican-led House 52-48. Ultimately, an emergency clause was put on the legislation to allow for the legislation to go into effect immediately.

VADA’s priority legislation HB 259 (Wyatt) that supports fair warranty/recall reimbursement was referred to the Senate Transportation Committee and heard on Thursday and passed 15-0. It now heads to the Senate floor. Given the unanimous passage of the House version and an identical Senate companion bill, there was no testimony and it passed out of the Committee without presentation of the bill. The identical companion bill, SB 216 (McPike) will most likely go to the House Transportation Committee on Tuesday.

The bills address the continued struggles new car and truck dealerships face when seeking warranty reimbursement at retail amounts. The legislation addresses reimbursement for dealers for customer rental vehicles while warranty/recall repairs are made. The bill also requires that technicians be compensated for their time when assisting in software updates at the dealership. Finally, the bill will protect consumers from unknown software upgrade charges. These subscription fees have become a frequent target by manufacturers and consumers should be made aware by manufacturers.

We will continue to work these bills for support and get to the Governor’s desk for signature. Again, we thank the new car and truck dealerships who engaged in the process and wrote more than 800 letters to Virginia legislators!

To address this issue in perpetuity, the VADA is working on HB 1173 (Ware) and SB 631 (Barker). On February 2nd, HB 1173 passed out of the House two weeks ago with a 59-40 vote. The bill will permanently fix the overtime issue and include all the exemptions, including the auto specific exemptions. HB 1173 now heads to the Senate Commerce & Labor Committee today. SB 631 (Barker), the Senate companion bill passed the Senate floor last Tuesday 32-8. The bill included two modifications – neither of these changes affect the auto specific exemption. The VADA team is working to make sure HB 1173 conforms to the Senate version and passes out with support and gets to the Governor’s desk.

There has been a focus among legislators from Northern Virginia and Richmond that are looking to prevent the loud noise of vehicle’s exhaust systems. HB 632 (Carr) and HB 367 (Watts) put forward legislation that addressed this problem by prohibiting any individual from operating a motor vehicle with an exhaust system that emits noise more than 85 decibels.

VADA shared concerns that many cars and trucks sold by new franchise car and truck dealers are above 85 decibels. The House Transportation subcommittee killed HB 367 (Watts) and amended HB 632 (Carr) to allow law enforcement to stop motor vehicles for existing vehicle violations. An amendment was added to the bill that would allow localities, by ordinance, to regulate noise of a motor vehicle. The bill has been referred to the Senate Committee on Transportation.

HB 1267 (Wilt) would delay the California Air Resources Board from 2025 to 2030. It would say that regulations are not required for the development of the Advanced Clean Cars Program. The VADA opposed the repeal of this as the we are simultaneously working on EV incentives within the state budget. The Republican-led House Committee on Agriculture, Chesapeake and Natural Resources supported the bill on an 11-10 vote. The bill passed out of the House Tuesday on a party line vote 52-48. The bill now heads to the Senate Agriculture, Conservation and Natural Resources Committee.

HB 351 (Sullivan) would create a driving de-carbonization program that would assist developers with non-utility costs associated with the installation of electric vehicle charging stations. The bill passed out of the House Agriculture, Chesapeake and Natural Resources Committee on Wednesday and was re-referred to the House Appropriations Committee. The bill has a fiscal impact and was sent to the Appropriations Committee. The bill failed to move forward on a 12-6 vote.  There is also a Senate version, SB 708 (Marsden) that passed out of the Senate 26-14. Given the House vote on HB 351, SB 708 passing is unlikely.

SB 309 (Edwards) intended to deal with violations of the Virginia Consumer Protection Act and stated that if a business is using any provisions in any contract or written agreement that restricts a consumer’s right to file a civil action to resolve a dispute that arises in connection with a consumer transaction that does not involve interstate commerce, any such provision would be void and unenforceable. Given that most if not all transactions affect interstate commerce, this provision has little utility. The bill would cause disputes rather than resolve them and every civil action would have a preliminary fight over interstate commerce to determine whether common limitations affecting consumer transactions can be applied. The VADA opposed the bill in the Senate General Laws Committee, but the bill moved forward on an 8-7 vote. The VADA was able to secure votes to kill the bill on the Senate floor 19-21.

VADA focuses our time and energy on our main priorities, but we are involved in additional business-related policy discussions. Please see legislation we are tracking in the list below. As always, we will continue our role at the General Assembly of serving the franchised new car and truck dealers of Virginia.

Provides that new car dealers receive comparable compensation for recall and warranty as they for retail service. The bill also requires full reimbursement for new car dealers for rental vehicles under recall & warranty. Furthermore, the bill would require manufacturers to provide disclosure to consumers for updates to a vehicle accessory or function. The bill also requires that technicians received compensation for vehicle updates under recall and warranty. HB 259 passed House 98-0 & Senate Transportation 15-0 & SB 216 passed Senate 40-0 & is headed to the House Transportation Committee.

Codifies existing Motor Vehicle Dealer Board regulations related to independent dealer-operator recertification and changes the recertification from every 36 months to every 24 months. Instruction will also be modified from a six-hour course to a live four-hour instructor-led course and a requirement to pass an examination. We ensured with an amendment that franchise dealers remain exempted from this requirement. Passed House 98-0 and passed the Senate Committee on Transportation 15-0. The bill is headed to the Senate Finance Committee because of the fiscal impact.

Provides that it would be a violation of the VA Consumer Protection Act for sellers like dealers to fail to disclose an advertisement for good or services restrictions on the consumer’s rights in any civil action or right to file a civil action. We opposed this bill. It was killed by the House Commerce and Energy.

This bill would significantly change the online dealer system. The patron wants to develop other ways for Virginians to conduct DMV transactions through dealers. We are working with him to ensure we maximize the potential of the online dealer system. We expect to be able to do this without legislation. We worked with patron to have this bill killed this year but have a workgroup that will include VADA.

Excludes from the sale price for determining motor vehicle sales and use tax the amount of any credit given by the seller for any motor vehicle taken as a trade-in. We worked with the patron to have this bill worked on with the Administration to determine state fiscal impact and impact to consumers.

Repeals the sunset clause for definitions of nonrepairable and rebuilt vehicles. The legislation makes the amendments permanent. VADA participated in the workgroup on definitions and supported the legislation. HB 1092 passed the House Transportation Committee on Tuesday 20-1.

The House version would make the theft of a felony regardless of the converter’s value. The Senate’s proposal would make it a misdemeanor for someone to assist in the theft of a converter valued at less than $1,000. Both bills would require scrap metal buyers maintain records for two yeas that ensure the seller obtained the item legally. The Senate bill only covers catalytic converters, while the House bill expands the coverage to parts of any vehicle, aircraft, boat or vessel. HB 740 passed the House 69-30 and referred to the Senate Judiciary Committee. SB 729 passed the Senate 40-0 and heads to the House.