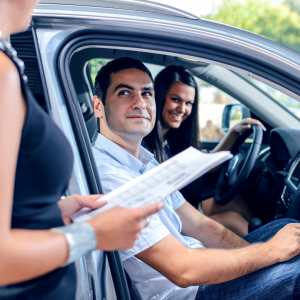 During the Obama administration, the Consumer Financial Protection Bureau was an activist bureau. As to car dealers, the bureau was specifically structured to have no regulatory or enforcement power over them. Yet it spent substantial time and energy trying to use its jurisdiction over the finance sources that buy dealer finance contracts to fundamentally change dealer F&I operations. The major effort was to eliminate dealer participation in financing and replace it with a flat fee system. That effort met with substantial resistance, and eventually Congress passed a bill preventing the efforts by the CFPB.

Under the Trump administration, the CFPB was not activist. But those days are over. On September 30, 2021, Congress voted along strict party lines, 50 – 48, to confirm Rohit Chopra as director of the CFPB. Mr. Chopra has a long employment history with the bureau, and some time spent as a commissioner at the FTC. The Republicans who opposed his nomination characterized his philosophy in those positions as “anti-business.”

What does this mean for car dealers? Mr. Chopra, particularly in his position at the FTC, was a vocal opponent of dealer F&I practices. Not only did the Obama-era CFPB challenge dealer finance participation, at the end of the Obama era the bureau also started examining practices in pricing and selling voluntary protection products.

Recognize that the activist CFPB is back. While it cannot regulate or bring enforcement actions against franchised dealers, it can use it powers to regulate the finance sources that buy consumer paper to achieve its goals.