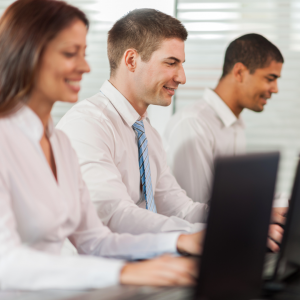 You receive a letter from an attorney for a vehicle buyer.  According to the attorney, the client was defrauded because your personnel did not disclose … (fill in the blank).  “Nonsense,” say the F&I representative and the salesperson.  “We use a form to disclose that.”  How often have you asked to see the signed form from the deal only to be told, “you won’t believe it boss, but this is apparently the only deal where we forgot to get the form signed”?  You have heard that enough to know the excuse that this is an isolated incident is nonsense, but what do you do about it?

If you have not implemented a deal completion process, you are not protecting the dealership from otherwise defensible legal claims.  The purpose of the process is to be sure all the necessary forms are completed for each deal, and they make it to the deal file.  The process will reduce the chance you have many deficient deal files, each of which your staff will claim is the only file in which an important form was not used or was not signed.

1.     Have the correct forms available. F&I personnel can’t use the right forms if they don’t have them.  The dealership’s forms should comply with the law. For standardized forms supplied by others, such as retail installment sales contracts and leases, you can rely on qualified suppliers.  However, for many forms used in dealerships, be careful.

3.     Use a Deal Completion Checklist. An example of a generally applicable deal completion checklist is included at this hyperlink. Use this or something similar. It does a dealership no good to have state of the art forms if they aren’t used in the deal when necessary. In pulling together the forms to use in a deal, an F&I person can easily overlook a form that should be included. If the deal completion checklist is used as a roadmap of the forms the customer should sign, the risk of missing forms is minimized.  More important: proper completion and execution of all forms prevents mistakes from turning into felonies. Sometimes, personnel face pressure to get a form signed after a deal is done. If they cannot get the customer to sign or they deem it too much trouble to chase a customer, they may sign for the customer. This increases the problem from the basis for a lawsuit to forgery that can lead to jail time. Using a roadmap to be sure deal papers are signed correctly the first time can prevent serious problems.

4.     Review and Audit Deals. A deal completion checklist should be used to audit deals. A dealer cannot remedy problems he or she doesn’t know about.  Periodically, a dealer should review completed deals to ensure that all necessary forms have been fully and properly completed and signed. The auditor can identify discrepancies and determine whether they are limited to certain salespeople or F&I personnel. The dealer can then either make systematic changes or train a particular salesperson or F&I person, one on one, to solve the problems.