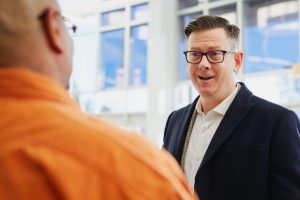 Business people sometimes refer to agreements with executives and employees to limit their ability to impact the business of their employer after they resign or are terminated as “non-competes.” Usually, that phrase is shorthand for three types of agreements: (i) an actual non-competition agreement that prohibits the employee from working for a time and in an area defined in the agreement after termination from the employer; (ii) restrictive hiring covenants prohibiting the former employee from soliciting or hiring other employees of the employer for a time after employment ceases; and (iii) a confidentiality agreement protecting confidential business information, including customer data.

Last month, we discussed the attack on restrictive covenants because of rulings by some courts that agreements prohibiting soliciting or hiring workers of a previous employer are anti-competitive. Non-competition agreements are also under attack. Last month President Joe Biden issued his highly-publicized executive order on promoting competition in the American economy. The press release issued with that order indicated that one goal was to “[make] it easier to change jobs and help raise wages by banning or limiting non-compete agreements and unnecessary, cumbersome, occupational licensing requirements that impede economic ability.” In the order, the President directed the Federal Trade Commission to pursue a rulemaking process that would ban or limit the use of non-competition agreements as a matter of federal law.

At this time, no action has been taken to outlaw “non-competes” at the federal level, but some states have taken action.  For example, the Virginia General Assembly enacted legislation invalidating non-competes for “low-wage employees.”

An employer using a “non-compete” cannot be sure that the actual non-competition agreement or the restrictive hiring covenants will be enforced by a court if there is state or federal action invalidating those. So what should a dealer do?