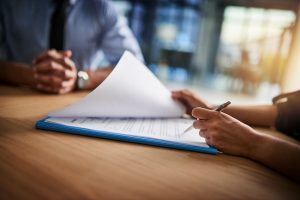 During the Obama administration, there was a push to have workers classified as employees.  Tests to determine whether workers were independent contractors were strictly construed.  The Trump administration did an about face on that, including a proposed rule by the United States Department of Labor to loosen the standards to determine that a worker is an independent contractor.

On May 7, 2021, the DOL announced that, effective May 6, 2021, the Trump administration’s proposed independent contractor rule has been withdrawn. Not only is the prior, proposed expanded classification of independent contractors halted, businesses can expect that the DOL will propose and implement a new rule – much like the restrictive standard in effect during the Obama years.

This development is especially difficult for businesses seeking answers to the ongoing issues resulting from remote work because of the pandemic.  One solution to many of the concerns was to deem workers independent contractors.  Given the action by the Biden DOL, that will not reduce the likelihood that a business will escape legal action given the latest DOL action.

On March 31, 2021, the National Labor Relations Board announced, through its Acting General Counsel, that it will return to “vigorous enforcement” of employee rights under Section 7 of the National Labor Relations Act.  A similar policy during the Obama administration led to several administrative decisions finding seemingly common sense personnel handbook policies to be overly restrictive and even allowing profane internet postings about supervisors to be protected by the NLRA.  The focus of the Obama administration NLRB was educating both union and non-union employees of their rights to engage in protected concerted activities. This was backed up by several NLRB case decisions that expanded Section 7 protections for both union and non-union workers.

During the Trump administration, the Republican-led board issued several decisions that narrowed Section 7’s protections. However, the March 31 announcement suggests those pro-employer gains are a thing of the past.

Policies during the Obama administration, particularly as they applied to handbook provisions and attempts to limit disruptive employee internet activities, surprised many employers who learned that Section 7 protections apply beyond union activity.  While the board maintains a Republican majority, Democrats will gain a majority by late summer or early fall. Then, a newly constituted board can issue decisions that are Obama term 3 for Section 7 of the NLRA.

One area where businesses are likely to see challenges is pay confidentiality requirements.  Historically, employers have tried to control discussions about compensation to prevent challenges to their pay policies and practices, particularly when they drew subtle differences among employees justifying differences in pay.  Today, pay confidentiality requirements are not going to fly, particularly when one considers the expansion of NLRA section 7 rights of employees to discuss pay issues as part of their rights to engage in concerted activities to improve work conditions.  Employers should review their employee handbooks to be sure that such a requirement will not make them susceptible to legal action.

The Biden DOL has eliminated a Trump administration program that allowed employers to self-report wage and hour violations without risk of litigation or fines (the so-called PAID program). The DOL announced that its new priority is to “rigorously enforce the law … with all the enforcement tools.”  For businesses, this means that wage and hour compliance is more important than ever.  Careful oversight that workers earn minimum wage and, where appropriate, overtime compensation is more important than ever.

There are many questions about what businesses can and cannot do about employee COVID-19 vaccinations.  The Equal Employment Opportunity Commission has cleared up one issue.  It says employers can legally ask workers about their COVID vaccination

laws like the Americans with Disability Act or the Genetic Information Nondiscrimination Act (GINA).

Employers must be careful of proceeding beyond those issues.  Asking whether the employee had a negative effect from the vaccination or why the employee has not yet received a vaccination can open the door to areas an employer should avoid like starting conversations about an employee’s unique health situation or eliciting religious views on the propriety of vaccinations.