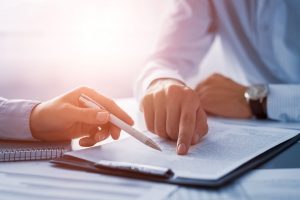 During the Trump administration, these initiatives were not a priority. Even dealers who adopted fair lending policies became lax in their use of them. Times have changed.

The Biden administration is Obama term 3 for fair lending. The CFPB and the FTC will both soon be led by individuals critical that these agencies have failed to use their authority to revolutionize motor vehicle lending. This should not be a surprise. We have pointed out that social justice advocates are likely to target dealerships for activism, and the area most likely to be attacked will be perceived differences in the cost of credit for consumers in protected classes and the perceived higher cost of voluntary protection products for consumers in protected classes.

So what should your dealership do?

Figures showing that your dealership may charge more to certain classes of consumers may be statistical anomalies. They may also result from the need to make educated guesses about the protected classes in which certain consumers may belong based on surname or address. Unfortunately, you will not be in a position to show that differences perceived by your finance source, or worse by regulators or by litigants, result from statistical anomalies unless you have in place solid programs for fair lending and sale of voluntary protection products.