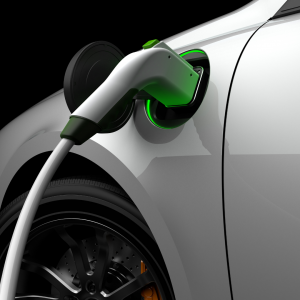 As someone who has dedicated his career to advocating on behalf of America’s franchised auto dealers, I’ve embraced the reality that one of my chief roles is to serve as Myth Buster In Chief.

For years, one of the great myths that has persisted about the auto industry has been that franchised dealers don’t want to sell electric vehicles. It’s long past time to put this myth out to pasture. And it’s time to call it out for what it is: A lie about franchised dealers, propagated by the handful of companies that want to destroy the franchise system.

Before we get into why this myth persists, and why it’s morphed into such a blatant lie, let’s acknowledge something right at the outset. More than a decade ago, there was indeed some dealer uneasiness about battery-electric vehicles. The EVs of the early and mid-2000s were – let’s face it – by and large compliance cars. They had inadequate range, took forever and were a pain to recharge, did not perform well, had terrible resale value, and were extremely expensive.

But it wasn’t that dealers didn’t want to sell them to willing customers. It was that dealers didn’t want to be force fed vehicles that OEMs were manufacturing largely in response to regulatory pressures as opposed to actual market demand. Given the imbalance in the OEM-dealer relationship, which gives dealers little capacity to avoid any such OEM force feeding, you can hardly blame dealers for this early trepidation.

A number of other things have also changed. Across the country, more charging stations with faster charging capability are popping up almost every day, and it’s entirely possible that the federal government will appropriate billions of dollars to grow the nation’s recharging infrastructure significantly. On top of this, we are rapidly approaching price parity. Owning an EV for the long haul is now a vastly different proposition than it used to be. These are hugely positive developments.

One other major thing that has changed dramatically over the years? Dealer attitudes toward selling and servicing EVs. Franchised dealers aren’t at all EV-reluctant, and haven’t been for years. And they certainly aren’t anti-EV. Anyone that tells you differently just isn’t telling the truth.

How do we know this? Cadillac.

If they bought into Cadillac’s vision for an all-electric future, they could pony up a minimum of $200,000 of their own capital for the in-store charging infrastructure, tooling and training that Cadillac was mandating. Conversely, if they either didn’t want to be part of that all-electric future, or they simply didn’t want to make the required investment, they could accept a buy-out from the automaker, and wind down their franchises.

What happened next wasn’t surprising to anyone who really understands dealers and how their thinking has evolved.

More than 80% of Cadillac dealers said they were all in – not just to sell EVs, but to sell exclusively EVs, and they backed up that commitment with significant capital investments that will take time to mature.

Most of the 20% that opted out were small stores in markets where Cadillac hasn’t performed well, and most of these dealers accepted the buyout because of economic conditions on the ground, not out of concern about the brand’s future product plans. And certainly not because they were anti-electric. For example, one Cadillac dealership in northern Minnesota took the buyout because it sells fewer than 50 new cars per year, and the required $200,000 investment was simply too steep given the small size of its market.

And so, in one fell swoop, America’s Cadillac dealers completely debunked the myth that franchised dealers don’t want to sell and service electric vehicles. Because if this myth were even remotely true, virtually every Cadillac dealer out there would have gladly taken the buyout, and done so in a heartbeat.

What’s more, the enthusiasm toward EVs among the franchised dealer body is hardly unique to Cadillac. In fact, franchised dealers of other brands with EVs in their lineups have been making these same commitments and investments for years – and not reluctantly. They have done so because they don’t want to lose sales to other brands as more and better EVs – and more EV customers – come to the market.

So why does this myth persist?

I think it’s simple. EVs still don’t yet sell in the numbers that environmentalists want, and many groups feel as though they need a boogeyman to blame for fledging sales. They can’t blame consumers for thus far being cool to zero-emission vehicles, because it’s not exactly a winning public relations strategy to blame your customers for the fact that your preferred product isn’t flying off the shelf. They can’t blame the automakers, because without them there would be precisely zero zero-emissions vehicles available for sale to begin with. Dealers became an easy and convenient scapegoat.

And the myth lingered. Now, however, it’s taken a new and more dangerous life as a lie designed to take down the franchise system. In fact, Rivian, Lucid and Lordstown Motors seem to have hung their entire pitch for direct sales on this lie about franchised dealers and their supposed reluctance and inability to sell EVs.

We know that nothing could be further from the truth, but it isn’t hard to unpack why this is their line of attack.

Direct sales have never once benefited consumers with lower prices, more convenience or better service and maintenance, despite the marketing. And they never will, because direct sales are ultimately only about creating a vertical channel for manufacturing, sales and service that allows a single entity to control everything, including prices and margins, to the obvious detriment of consumers.

In fact, if direct sales were adopted for EVs, then EV buyers – and only EV buyers – would be denied the service network and price competition that ICE-vehicle buyers have enjoyed for decades.

Direct sales are not needed for EVs. In fact, over time, direct sales could cripple EV adoption as more and more EV owners are forced to deal with higher prices and the headache of longer and longer wait times for even basic service.

But do you know what is needed for sustainable EV sales to consumers up and down the price point chain? A large, expansive network of retailers and service providers who are experts at marketing locally, and who are invested in the future sales and service opportunities that these products promise.

Dismantle the big lie about EV sales, and what you are left with is the clear truth: Franchised dealers aren’t an obstacle to EV sales; they are essential to them.