Our partners at Cox Automotive have released a November 2020 Industry Update. View/Download by clicking the image. 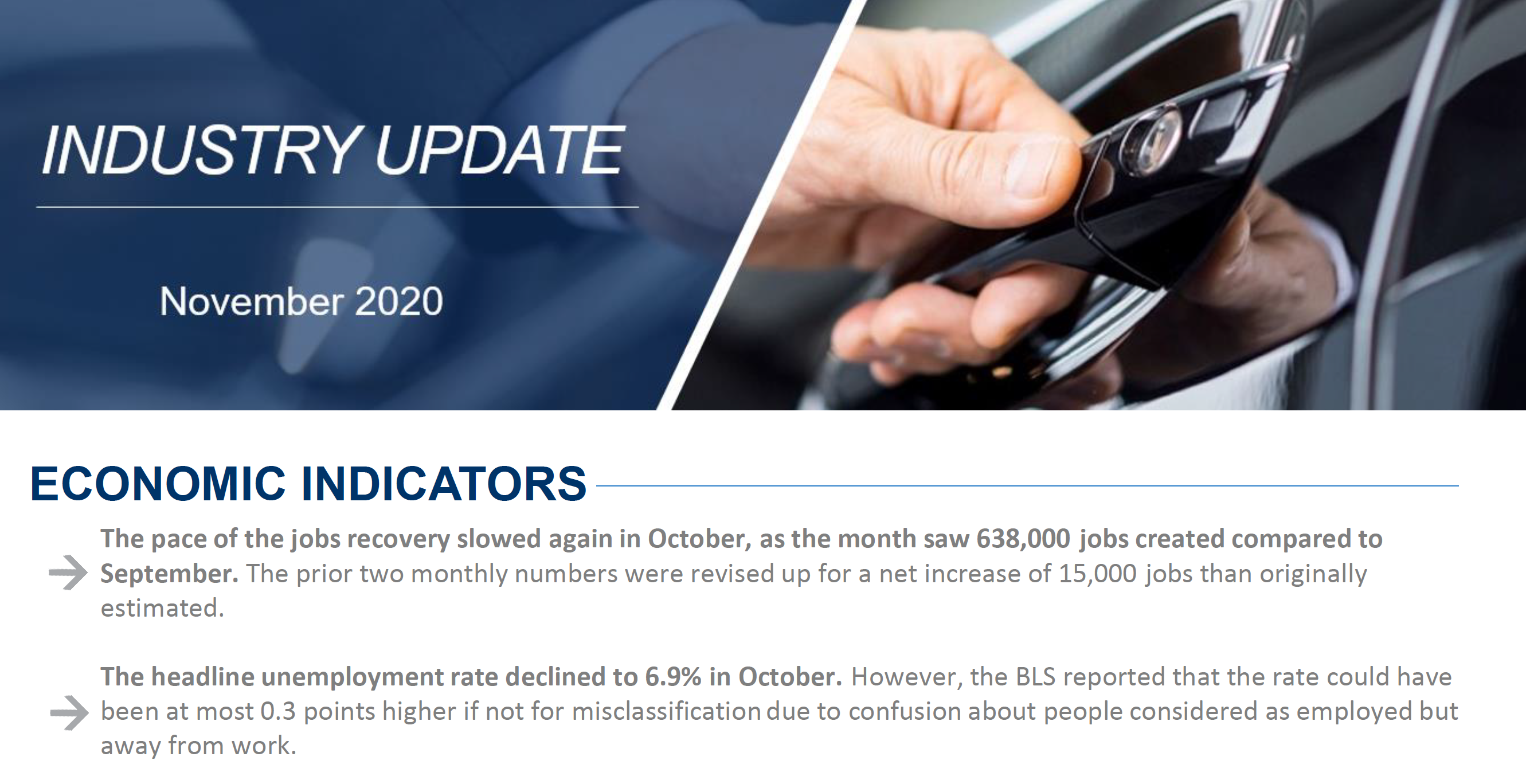