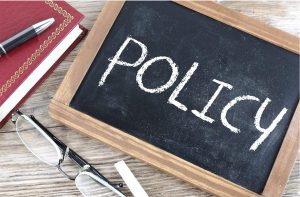 In June 2020, the U.S. Supreme Court issued a highly publicized ruling that the federal law on equal employment opportunity, known as Title VII, extends to employment decisions based upon the sexual preference or transgender status of an employee. The majority decision is based on what it called the “ordinary public meaning of Title VII’s command that it is ‘unlawful…for an employer to fail or refuse to hire or to discharge any individual, or otherwise discriminate against any individual with respect to his compensation, terms, conditions, or privileges of employment, because of such individual’s…sex….’” The majority relied on the “because of sex” language as the reason sexual preference and gender identity must be covered by the law.

This follows on actions by some states and localities that had broadened protections against discrimination and harassment on these bases. For example, in its 2020 session, the Virginia General Assembly enacted a law expanding the Virginia Human Rights law to provide protections against discrimination based upon sexual preference or gender identity.

What does this change mean to your dealership?

The documentation in your dealership describing your policy against discrimination and harassment should be amended to be clear that it includes the protections granted under federal law, or the state or local law under which you operate, to include sexual preference or gender identity.

The employment atmosphere is changing rapidly, not just because of the Supreme Court decision but also because of various strengthening social justice movements. You must be in a position to resolve concerns in your dealership quickly and effectively, and a strong policy backed by a solid, up-to-date complaint handling system is essential.

BACK TO VADA NEWS
Coronavirus Update