Do you have a compliance program for sales and F&I activities?

A compliance program must have several critical elements: 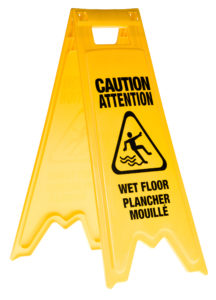 How can a compliance program help? Here are some of the more important benefits.

The consequences of wrongdoing have escalated dramatically in the last decade. For some time, misrepresentations could lead to lawsuits by customers. If a retail installment sale contract or lease was affected, the dealer might face a buy back demand.  Bad practices seldom led to government enforcement. Today government intervention for a pattern of wrongdoing is often the result. Three recent cases are examples.

Last month, we reported on a lawsuit against a dealer group in Arizona and New Mexico that allegedly

This dealer group faces potentially crippling damages because of this lawsuit. The complaint seeks preliminary and permanent injunctions to prevent the alleged practices. It seeks consumer relief including an order that the “relief defendant” (apparently an owner not involved in management) must “disgorge all funds and assets, or the value of the benefit it receives from the funds and assets, which are traceable to the Defendants’ deceptive actual practices.”

At the end of last month, the U.S. Attorney’s Office for the Western District of Pennsylvania announced a deferred prosecution agreement with a northwest Pennsylvania Chevrolet dealership doing business under the name Hallman Chevrolet. According to the press release, Hallman Chevrolet agreed to pay a civil penalty of $1.4 million and restitution of more than $730,000. The dealership was charged with felonies involving bank fraud and conspiracy to commit bank fraud. According to the press release, Hallman Chevrolet employees reported false downpayments, including a scheme in which customers provided costume jewelry appraised as real. The feds allege customers were coached how to respond to questions raised by financial institutions. According to the complaint, the default rate at Hallman Chevrolet was double that of other dealers and led to losses over $1 million to financial institutions. Under the agreement the government deferred criminal prosecution while Hallman put in place procedures to prevent further violations. If it fails to abide by its agreement, the U.S. Attorney’s Office may institute criminal proceedings.

Finally, the New York State Attorney General’s Office filed a civil complaint against two dealerships, Victory Mitsubishi of Larchmont and Victory Suzuki of the Bronx, contending that the dealerships defrauded customers into purchasing “unwanted and bogus” anti-theft products. The product was window etch with an etch guarantee. The court found that the etch was often not applied and the terms of the guarantee were particularly onerous and designed to prevent recovery, facts hidden from the customers. It also charged that the pricing of the etch product varied widely.  It cost $25.00, with sales amounts ranging from $129.00 to $3,398.00. The court found that the dealerships committed fraud and has required the dealerships to appear at a hearing on October 16 to determine the compensation to be paid to each customer and the civil penalty up to $5,000 per each violation.

A Compliance Program and Civil or Criminal Penalties

In the Hallman Chevrolet case, the deferred prosecution agreement specifically cited the dealership’s lack of a compliance program to detect and resolve fraudulent actions by employees as the reason for the massive civil penalty. Each dealership should ask whether its compliance program is sufficient.

Government enforcement agencies are raising the stakes on dealers without an effective compliance program. If employees engage in a pattern of wrongdoing you do not detect, a compliance program could mean the difference between a seven figure civil penalty and a simple demand for compensation of victims.