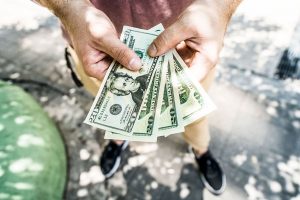 Working through your HR personnel, you must be sure that your sales personnel earn minimum wage for each hour worked. We have written about this often, suggesting you use a time clock for reliable records of hours worked. While dealers try to match draws to expected schedules, when sales personnel do not sell enough vehicles, a dealer must sometimes pay some “make up” to protect against liability under the Fair Labor Standards Act for shortfalls in earnings compared to hours worked.

Some manufacturers directly pay sales personnel, usually for programs to incentivize sales of certain vehicles. In calculating whether salespeople have earned minimum wage for hours worked, dealers have assumed the direct payments from manufacturers can be used as part of the calculation of earnings by salespeople to determine whether they have reached their minimum wage threshold, but they have not been sure.

Recently, the U.S. Department of Labor's  Wage and Hour Division (WHD) considered a question on behalf of a motor vehicle dealer on this subject. The inquiry was whether direct payments from a manufacturer to sales personnel can be calculated into the earnings of those employees in measuring whether they have reached the minimum wage threshold. The answer by the WHD? Yes, these payments may be considered part of the earnings of the employees to determine whether the minimum wage threshold has been reached.

The WHD went through a detailed analysis of the legal principles concentrating on questions and advice about whether wages under the FLSA may include third-party payments. The WHD found that “third-party payments similar to the incentive payments at issue here have been found to be wages."

According to the WHD, the real inquiry is whether the third-party payments are part of the employment agreement, and the WHD concluded “employees know of the specific incentive program terms, which are established by the sponsoring manufacturers and communicated by the dealerships to their sales consultants in advance of performing their sales work ... given these facts, the incentive payments will be considered part of the employment agreement and count towards minimum wage obligations by the employing automobile dealership.”

BACK TO VADA NEWS
Coronavirus Update