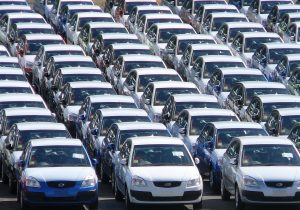 When Congress forced the Consumer Financial Protection Bureau to end its campaign against dealer reserve, some dealers got the impression that a fair lending policy is not important to your compliance program. Similarly, some dealers believe it is appropriate to add fees not specifically authorized by law to advertised prices for vehicles. The Federal Trade Commission just announced a clear example of why these beliefs are wrong.

A New York franchised auto dealer has agreed with the FTC to establish a $1.5 million proposed settlement fund and to implement positive compliance actions. The complaint against the dealer charged several improper practices including false advertising, fictitious pricing, and deceptive sales techniques. Two practices charged against the dealer were especially noteworthy.

One practice charged is something about which we have warned dealers for some time – charging “fees” not specifically permitted under state law. For example, the dealer charged a separate fee for certification of factory-certified used vehicles (which was prohibited by the franchisor). The dealer also charged “documentation fees” nine times as high as permitted by state law. It charged other prohibited fees such as a $350.00 processing fee, a $493.00 prep fee, and a $795.00 shop fee. The agreement with the FTC prohibits charging those fees.

The other notable aspect of the complaint involved alleged violations of the Equal Credit Opportunity Act. The FTC claimed that the dealer singled out African American and Hispanic consumers for discrimination by directing its employees to charge them higher interest rates and inflated fees. According to the FTC, the dealer had a policy that allowed employees to charge interest rates and fees in their discretion.

The dealership agreed as part of the agreed resolution to implement a fair lending policy.  Under the policy, the dealer must designate a qualified senior manager to be responsible for operation of one program, training for employees, and written guidelines to establish objective non-discriminatory criteria for assessing (or not assessing) fees and charges. It also mandates specific provisions in retail sale contracts, the requirement that the interest rate may be no higher than 185 basis points above the “buy rate,” and any deviation below this be only for specific documented non-discriminatory reasons.

A program establishing a preset rate spread with downward deviations for non-discriminatory reasons is a program we and NADA have recommended for several years. We have often emphasized that other federal agencies, particularly the Federal Trade Commission, state regulators, and even private litigants can enforce the Equal Credit Opportunity Act. If you put in place your fair lending policy and have not kept it active, or if you never put it in place, this latest FTC salvo is a reason to review your decision. A sound fair lending policy is a critical component of any compliance program, as is compliance with state law about imposition of fees and charges.